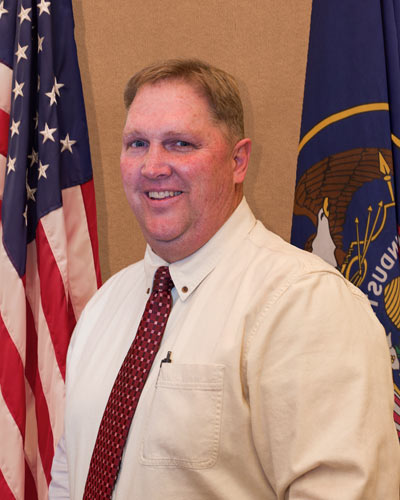 Jeff Turek was appointed to represent the citizens of Washington as a City Council member in November of 2006. He was then reelected to serve a four year term in November of 2007. Jeff has lived in Washington City for over 30 years, most recently he resides with his wife, Valerie and two children in the Washington Fields area.


Councilman Turek represents Washington City on the Board of Directors for D-TV. (the Community Education Channel). He also serves as the City Council representative over Community Activities and the Community Center.


As a member of the City Council he has been dedicated to improving the quality of life for the citizens of Washington City. Jeff has been a proponent for economic growth and development within the City. He has also been an advocate for revitalizing the traditional downtown area.


Councilman Turek believes it is most important that he represents the needs and desires of the residents of Washington City, therefore he believes in an open door policy and keeping the residents informed. If you have any concerns or ideas for improvement he welcomes your communication.


Jeff graduated from Washington and St. George Elementary schools, Dixie High School, and attended Dixie State College. He currently is employed as the branch manager for Scholzen Products Company in St. George. He also serves as the president of the board of directors for the Roland Esplin and Sons Corporation.