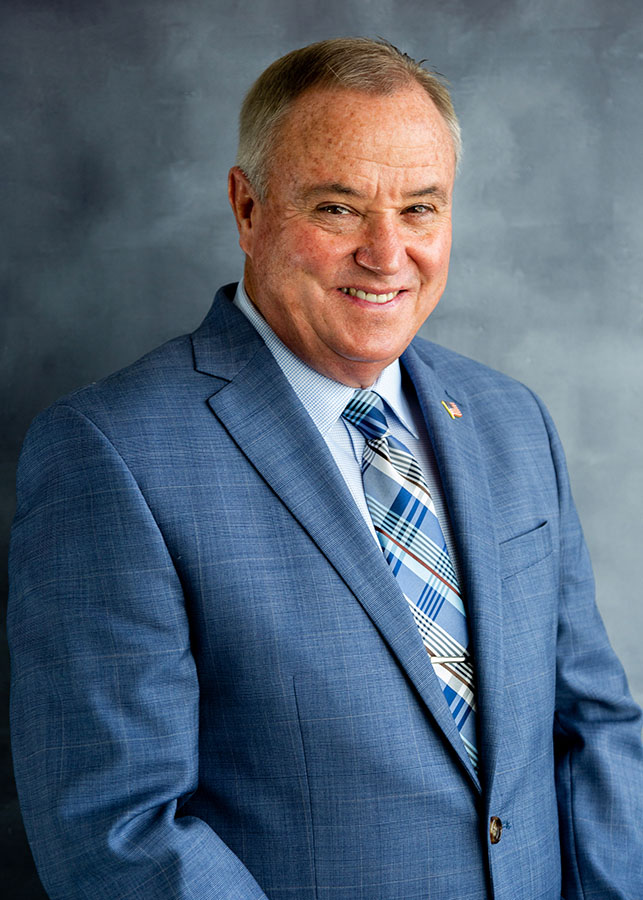 Kurt F. Ivie was appointed to represent the citizens of Washington as a City Council member in February of 2017. He was then elected to serve a four year term in November 2019.


Kurt grew up and has lived in St. George and Washington his entire life. He attended Dixie High School and served and L.D.S. mission to Scotland and Ireland. Upon returning from his mission, he graduated from Dixie College. He later graduated from Southern Utah State College with a bachelor's degree in geology/education. He also graduated from Utah State University with a master's degree in Utah Studies. He then completed doctoral graduate classes at Weber State University. He founded a business (RGS) in 1990 that he owns and operates. He was a teacher at Washington Elementary from 1988-2019 and baseball coach at Dixie High School for 30 years winning 6 state championships.


Councilman Ivie is a father of four children: Kayden, Kenzie, Kallie and Kristi, and in his words "three awesome grandsons": Kai, Hendricks and Lex. He enjoys high school and college sports, his cabin in Enterprise, and the many other outdoor activities and splendors of Southern Utah. He is passionate about honoring and supporting our military, veterans, and city heroes.


As a member of the City Council he knows his duties are to represent the legislative interest of Washington City, and the service delivery - quality of life issues of the citizens, all while respectfully listening, proactively considering different options and opinions, and then acting accordingly.


Councilman Ivie wholeheartedly believes in transparency and an open door policy. He encourages citizens to reach out with concerns, and ideas for improvement or compliments. He truly enjoys meeting the residents and will make himself available in serving the citizens of Washington City.