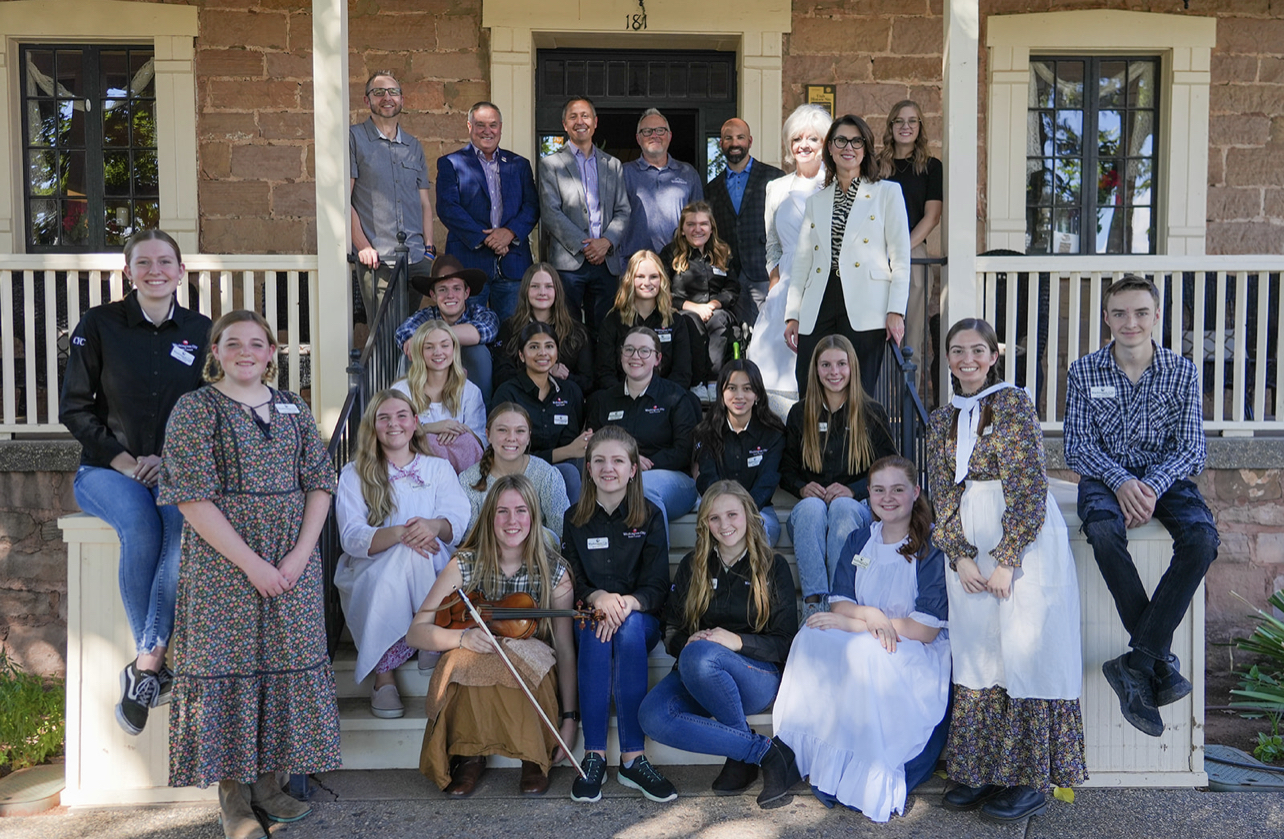 We had Lt. Governors Diedre Marie Hulse Henderson tour the Covington home on October 7th. The Mayor and City Council as well as Mike Harless, president of the Washington historical society were invited. It was an amazing day. The Youth Council gave a live tour while representing historical figures like the Covington children and Malinda Covington, followed by a Q&A with the youth. Deidre said she was so surprised with the tour she received,  better than she expected. She loved it! The W.C.Y.C. did an amazing job, not only representing the Covington home but Washington City. Sidney Beecher was voted in by her peers at their retreat as the Mayor for 2022. This is her third year on the W.C.Y.C. The Youth Council also proclaimed October as a Drug-Free Month.