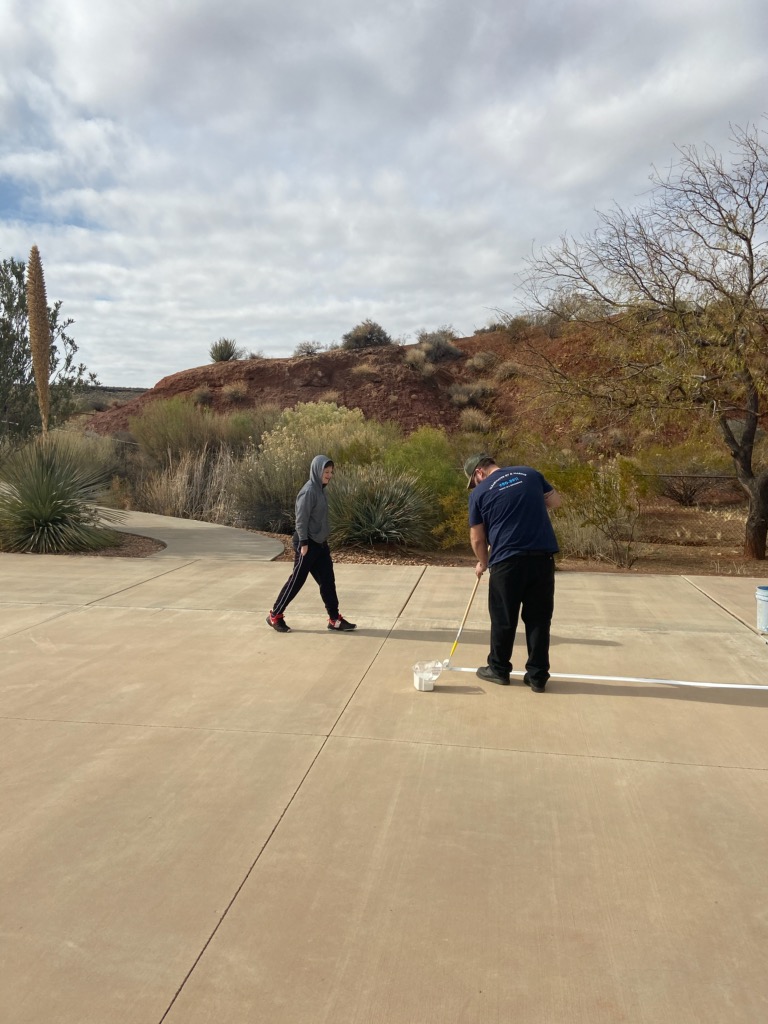 In early December of this year I had the honor of assisting Grant Byrd with his Eagle Scout project. The project location was at Heritage Park located in the Coral Canyon neighborhood. The project consisted of two main parts; a hardscape project followed by a landscaping project. For his first portion he restriped the Basketball Courts, refinished the backboards, and installed new rims and nets. Within a few hours a 3v3 game had already started. Following this, Grant began the second portion to replace two trees that were damaged in a recent storm. He removed what was left of the existing tree and with my assistance I taught Grant the proper way to plant a tree. Overall the Eagle Project was a success. Grant not only acquired new skills he provided a benefit to the community which we are proud of.