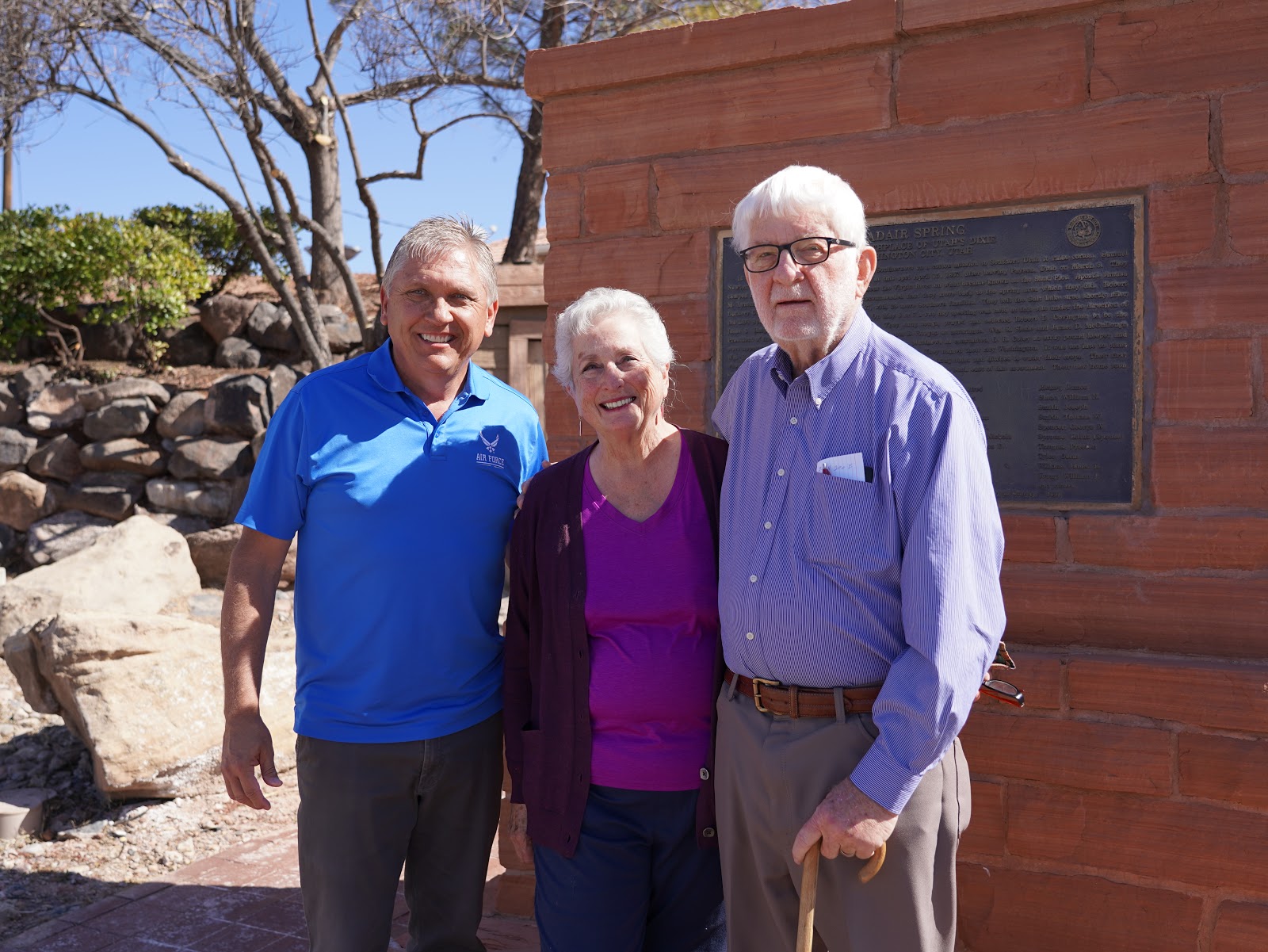 Derrill Adair, direct descendent of Samuel Jefferson Adair for whom Sam Adair Springs is named, recently visited with his wife, Liz. Kole Staheli accompanied them to the spring. Sam Adair, a Mississippi farmer who joined the Mormon migration from Nauvoo, arrived in Utah in 1852 and settled in Payson. Five years later he was called to the Dixie Mission, and his was the first wagon into this area. They camped at the spring that would bear his name, and the City of Washington has preserved the site and noted the historical significance with a plaque. When Derrill took a class from noted local historian Andrew Carl Larson at Dixie College and was asked if he was related to Samuel Jefferson Adair, he had to say he didnt know. He has since become a student of his familys history and has visited Monument Plaza here in Washington to find statues and relief medallions of many of his progenitors. Derrill knew about the spring but wasnt sure about the location, so he was delighted when Kole Staheli extended the invitation to come see it. After living for forty years in the Pacific Northwest, Derrill and Liz relocated to Kanab nine years ago. Liz, an award-winning author, has set her last four books in Southern Utah, even moving the hero of her Spider Latham mystery series to Kanab. Derrill continues to study local and family history.