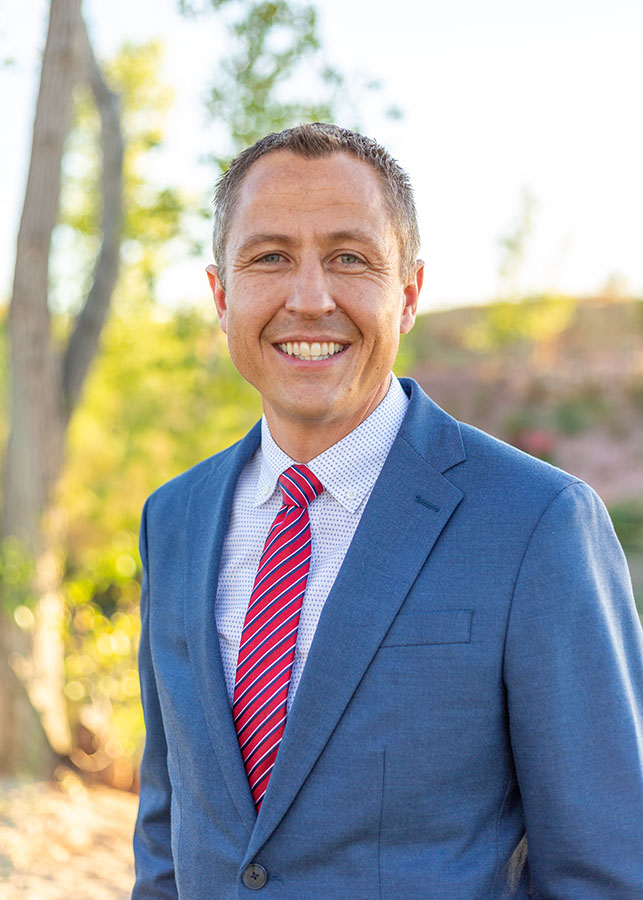 Kress Staheli was born and raised in Washington City, Utah as the youngest of four boys. He graduated from Pine View High School and later from Southern Utah University with a degree in Accounting. He served 8 years in the Utah Army National Guard and 2 years as a missionary in France. He currently works as an Insurance and Financial Services agent and has done so for over 20 years with the same company.

He and his wife Lynette are the parents of a son and 3 daughters. They enjoy many of the outdoor, sporting, and cultural activities this area has to offer. Kress particularly enjoys traveling and is an avid marathon runner.

Mayor Staheli loves this community and is committed to representing the best interests of Washington City and all who live here. He believes in listening to residents and understanding their concerns and views so that he can do his best to properly address them. He appreciates the heritage of hard work and commitment it took to settle this desert community. He welcomes new and long term residents to be involved in making Washington City even better as we grow together.

His top priorities include: